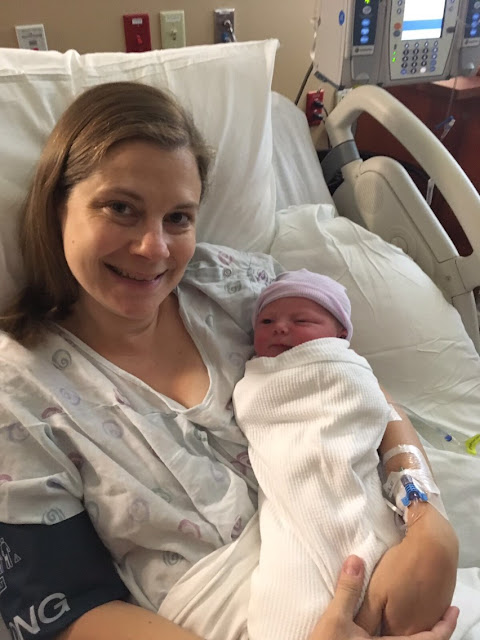 Ophelia Rose arrived at 1.43pm on August 23 weighing 7lb 2oz! Her birth story could not be more different than Declan's. At exactly 39 weeks, my alarm woke me for work at 6.15am. I hit the snooze. When it went again at 6.24am, I hit the snooze, rolled over, and felt my water break. I hadn't felt a single contraction, so it was completely surreal to be telling Christian that I was in labor. I popped downstairs to tell my visiting parents that we were off to the hospital so they could get Declan up and get him to school, and we headed out. At the hospital, they confirmed I had indeed "grossly ruptured" and put me on a pitocin drip since I hadn't yet felt a contraction. I was undecided about an epidural this time, since part of me feared that the epidural was to blame for Declan's long delivery and the fluid in his lungs that sent him to the NICU. By 5cm, however, I was at an 8 on the pain scale and all doubts went out the window - the epidural man was called. After that took effect, we waited for me to start "feeling pressure" which didn't take long. The delivery cart arrived, the doctor was called, and I started getting extremely nervous. I started pushing and ... seven minutes and three contractions later ... she popped out! It was ridiculous! What was even more ridiculous is that they placed her on my chest and within minutes, I had her latched and breastfeeding! After the trauma (there really isn't any better word for it) of Declan's arrival and our major struggles with breastfeeding, it was a miracle. 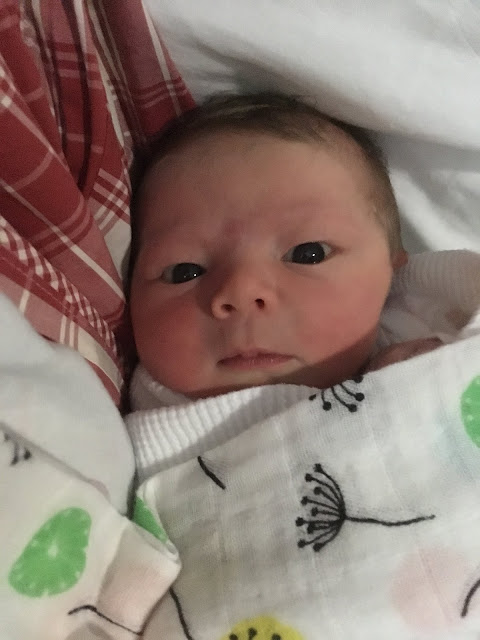 Two days later I'm sat in the hospital room, eating a brownie while Ophelia sleeps, and waiting for Christian to arrive so we can be discharged. The first night was simply awful. She fed and cried nonstop from 10.45pm until 4.30am. I finally called a nurse in tears after the bazillionth feeding to have them take her to the nursery so I could pass out for a couple of hours. The next day and night were much better. Nurses gave me tips to help make sure she has enough at each feed so that she shouldn't want another one immediately. The lactation lady helped make sure we were getting the right latch. I took full advantage of the nursery overnight and got quite a bit of sleep. I know damn well there are many sleepless nights, zombie days, and emotional breakdowns to come in the weeks (months, years!) ahead of me, but goodness. I could not be more thankful for a quick delivery, NO NICU (yayyyyyy!), and the ability to breastfeed. Here's to home, Netflix, and a proper cup of tea. Welcome to our crazy family, Ophelia! 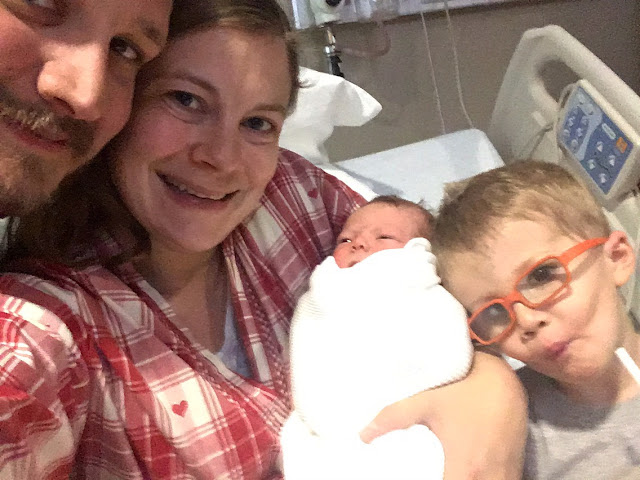