January 29, 2019
We took Declan to "Blast Off" for his second birthday. This is one of those places with ball pits, tunnels, slides, ropes, and random socks. (I think they call it "soft play" in England, though I don't know why, because not much of it is soft.) 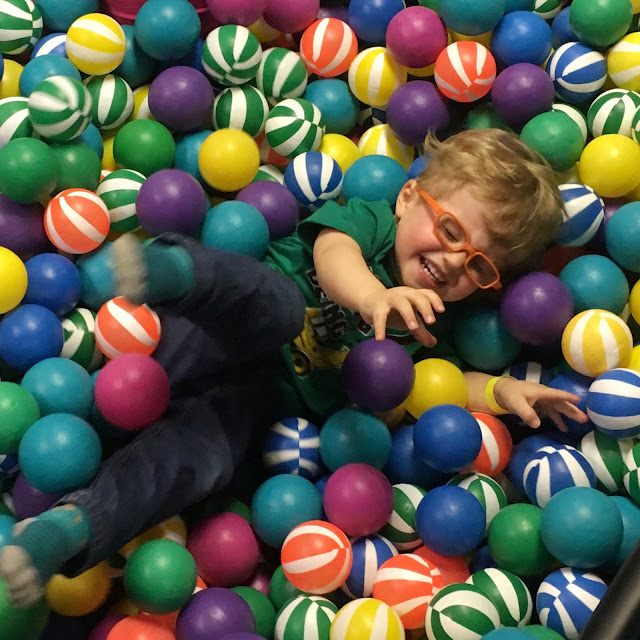 Declan had a blast, and we had a great time chasing after him and rescuing him from tunnels. It was busy, full of young parents and crazy children. There was a couple there with a toddler and a baby. I was fascinated by them, because she looked at least as old as me (I'm 37). I wanted to go up to her and say, "hey, you're an old mom! Can we be friends?" But I didn't, mostly because I was scared she'd tell me she was actually the grandma. I'm not kidding. If we still lived on the east coast, I'm sure I would know many moms as old as me and older, but here? Most moms of toddlers are in their early twenties. That's around fifteen years younger than me. FIFTEEN. If she was in her forties, she could have absolutely been the grandma.

Being 34/35 when I was pregnant with Declan was scary enough, because 35 is when you hit that awful "advanced maternal age" line and suddenly become high risk for no other reason than your age. Now I'm pregnant again. I'm going to be 38 when this one arrives and all the risk factors get ridiculously scarier. My first trimester screening came back with a very, very low result for my Free Beta HCG hormone. This is a concern, since a low number here has been associated with miscarriage (terrifying), fetal growth restriction (baby stops growing, terrifying), pre-eclampsia (all kinds of terrifying awfulness), and trisomy 13 and 18 (beyond terrifying; do not google). I don't even know if this result is due to my age, but when combined with my age it just compounds the risk factors for all kinds of complications for me and for baby.

We waited and waited to have kids because a) we weren't 100% sure if we wanted them and b) we couldn't figure out how to make it work with our schedule on the east coast (out the door by 5am, home usually after 7pm, four hours of commuting, complete inability to keep fresh food in the house...). Then we moved to Idaho, life was great, and I got pregnant within a few months.

The first few months of Declan were so, so, SO tough that the thought of doing it all again is terrifying (have I used that word enough yet?), but we would like two kids and we didn't want to wait too long to have the second because I'M JUST GETTING OLDER. I've heard people say that it's good to wait until you are older to have kids. You're more mature, you're probably healthier (less binge-drinking, better diet), and you don't feel like you're missing out on romantic weekends away, evenings out, or all the other spontaneous fun things that DINKs* get to do, because you've been doing all of those for years. All of that is true. But that doesn't mean I have my sh*t together any more than I did 15 years ago. My house is still a junk-filled disaster, we don't own any matching mugs or wine glasses, there are tiles falling off in the bathroom, don't get me started on the state of our yard or basement, and we can only successfully cook dinner three times a week at the most (tbh, that last one actually is a significant improvement from 15 years ago when the average number of home-cooked meals in a week was zero. At least we now own an oven).

Sure, maybe I'm wiser than I was in my early twenties, but I'm also so, so much more bone-achingly tired-er. I was collapsing on the sofa in the evening and heading to bed before 10pm long before a kid arrived on the scene. The seemingly endless energy, ability to party, and nonstop enthusiasm of my twenties is a distant memory. Combine the general exhaustion with the increased risk factors of an "advanced age" pregnancy, and I think it's safe to say that having kids in your twenties is a good idea if you can swing it.

I'll be 40 when Declan heads to elementary school. If you're a fellow old mom and see me in the playground, please come say hi. 😁 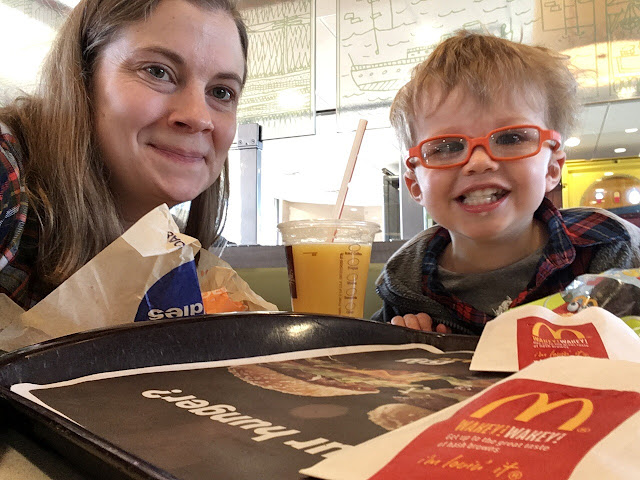 NOTE: this is not a pity post. I'm musing on the way things are, not lamenting. I wouldn't change how life has unfolded for us. But I wouldn't say no to a few positive thoughts on my current pregnancy, either, if you wanted to send some my way. ❤️